Hailing form Perth Western Australia.  Award winning producer, remixer and DJ, Fdel has been rocking stages at well known venues, festivals, dancefloors and radio stations with heavy doses of funk and breaks for over a decade.    Fdel has rocked all the major festivals such as Big day out, Good Vibrations, Future music, Sets on the beach, South Bound and even earning an appearance at the hugely successful Motown Mondays in the USA.

In the studio he has produced and remixed big names such as Drapht, Lyrics Born, Natalie Rize (Blue King Brown), Rashaan Amahd,  Featurecast and A-Skillz to name a few.

In 2005 Fdel released his debut album Audiofdelity on Invada Records run by Katalyst (BBE) and Geoff Barrow (Portishead) to rave reviews and critical acclaim. It was to become a “must have” record for all DJ’s and lovers of funky beats and fun loving hip hop grooves.

The Audiofdelity album was released world wide in 2006 through Freestyle records and with some airplay from BBC radio one wound up being one of Freestyles best selling releases in years. A-Skillz (Fingerlicking records) liked it so much he licensed two tracks for his mix CD “Export 02”. Tracks were featured on the European “Nuhiphop” compilation alongside hip hop heavyweights such as Pete Rock, J-Dilla, RZA and Madlib just to name a few.

The singles “Ladies and Gentlemen” & “Rocksteady” from the Audiofdelity record gained high rotation on Australia’s biggest radio station Triple J and every station in-between. Tunes were used on TV Fashion Adverts.  On holiday TV shows and was on the soundtrack for Australia’s number one TV series “Underbelly”.

So after years of constant touring playing to packed shows nationwide and rocking festivals such as Good Vibrations, Big Day Out, SummerDayze, Future Music Festival, Southbound, Park life, Marquee, Cuban Club, Electric Vines, Sets on The Beach. Holding Down residencies at Ambar, Embargo and Ku De Ta.   He's had the pleasure of opening for the likes of DJ shadow, De La Soul, People Under The Stairs, Jurassic 5, RJD2, Crystal Method, Methodman & Redman, Roots Manuva, Hermitude, Chali 2na, the Funk Hunters,  Cat Empire and almost anyone you can name both with his award winning live 5 piece band or as a formidable DJ force. Fdel has emerged from the studio once again with a brand new record!

In Late 2015 Fdel released his long awaited 2nd studio recording “Yesterdays Now Sound”.  The lead single “How Lucky am I” feat Lyrics Born (USA) was an instant success reaching as high as number 13 in the itunes Hiphop charts.   The second single from the release “Superstar” featuring lightheaded (USA) was also successful and was instantly added to radio rotation in several countries.

“Grandiose, ballsy and a helluva lot of fun a must for any hip hop head” – Xpress

To accompany the new release fdel has re-invented his award-winning live show.  Trading the sampler for an AV-DJ set with visuals, live vocalists and instruments in favour of the traditional band format.  It’s a unique live collaboration drawing on a cast of musicians and vocalists to add another dimension to the traditional DJ Set.  Expect a genre crossing set packed full of bass driven funk and soul.  Everything from Rock, Pop to hiphop across to house & disco via some trap and drum and bass with Live horns, vocals and guitar sprinkled on top..  Elevated to a whole new level with amazing visuals manipulated by the very turntables themselves.  All mashed up the only way fdel knows how, extra funky!

So watch this space for exclusive snippets and release dates. 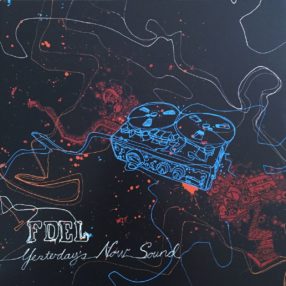 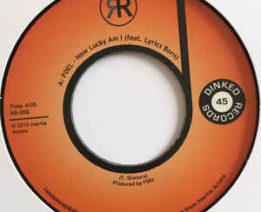 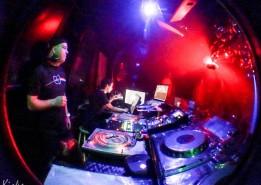